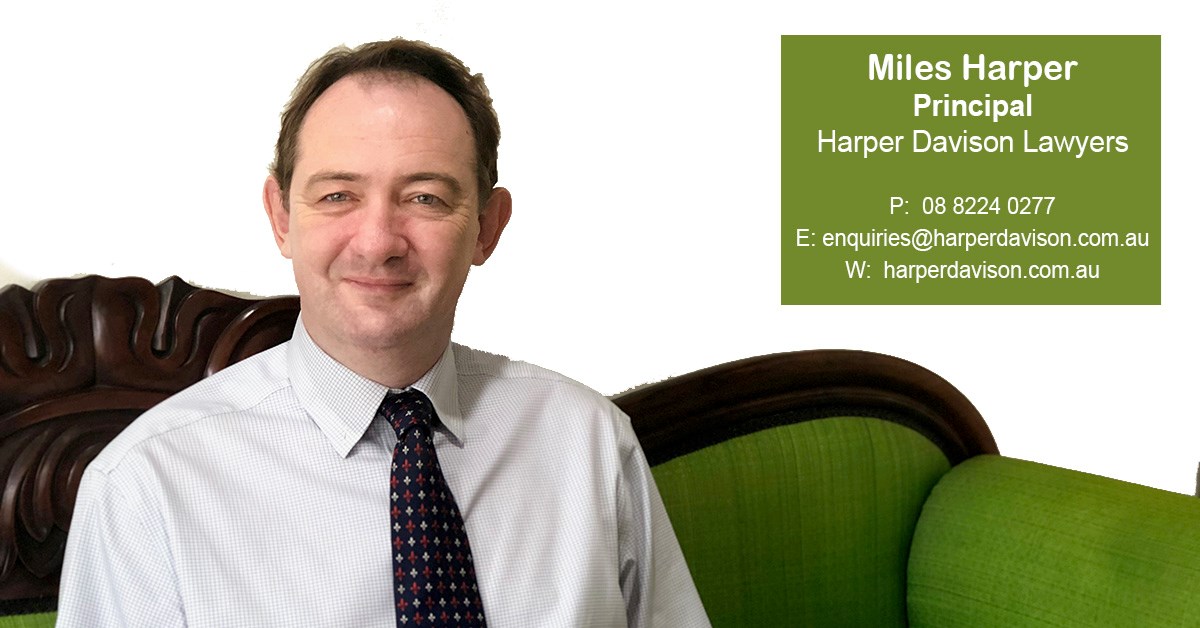 The Principal of Harper Davison, Miles Harper was admitted as a solicitor in 1992 and has undertaken practice both in South Australia and Western Australia.

Miles hails from a long line of lawyers extending to his great, great, great grandfather, Captain Francis Davison who was a magistrate in South Australia in the 1840’s. The firm’s name reflects this lineage.

One of the key strengths of Harper Davison is Miles’ extensive commercial expertise outside the legal profession including six years as an investment advisor with a national stockbroking and wealth management group. Miles grew and maintained more than $25 million in assets under administration and managed over 300 individual clients.

Throughout this time, Miles became acutely aware of the need for his clients to have the right legal advice to ensure their plans for wealth creation were safeguarded.

This was the impetus for the formation of his own law firm in Western Australia concentrating on both Commercial Law as well as Wills & Estate Planning.

Miles returned to South Australia for family reasons and formed Harper Davison where he has continued his legal practice. He works primarily with client’s needs in Wills & Estate Planning and Family Law.